As issues related to the Anthropocene, the Great Acceleration, and the so-called Third Mass Extinction have become increasingly urgent, it is timely to explore what is the social and political role of images in shaping our understanding of the ecological crisis and how the visual arts, architecture, cinema, and media are responding to it.

The course adopts an interdisciplinary approach and aims to teach students to analyze the issues of sustainability from a visual perspective: the role that images play in our understanding of the problem; the responses of activists and social movements in highlighting power issues on a geopolitical scale; the development of strategies of sustainability within cultural industries; and finally the proposal of solutions, either practical or the result of forms of speculative thinking, aiming at a more equal and just society based on well-being and the respect of nature.

This MOOC, produced by the University of Bologna, sees the contributions of various faculties of the Department of the Arts.

Together with other MOOCs produced by the University of Helsinki and Jagiellonian University in Kracov, this MOOC is part of a pioneering online study program, the “Micro-credential in Sustainability” (MC-S) developed by Una Europa.

The MOOC is articulated in four weeks. Each week comprises four slots tackling an essential aspect of that week’s central theme from a different perspective. Each slot includes a front-view lecture, a sequence of slides, and a list of references.

No prerequisite knowledge is required.

The course includes quizzes that will be evaluated and each correct answer is counted as 1 point.

The course is considered successfully completed if the participant answers correctly at least 60% of the questions in total.

After successfully completing the course you can download and print out the Certificate of Accomplishment.

The Certificate of Accomplishment will be released to anyone who successfully completed the course by answering correctly to at least 60% of the questions.

You will be able to download the Certificate of Accomplishment directly on "Progress" tab inside the course.

The Certificate of Accomplishment does not confer any academic credit, grade or degree.

This MOOC is part of the "Micro-Credentials in Sustainability" (MC-S) developed by Una Europa. All the information about the MC-S and assessment can be found HERE.

Francesco Spampinato is an Associate Professor at the University of Bologna. His research on contemporary art history and visual studies focuses on the relationships between contemporary art, media, and technology, with particular attention to topics such as postmodernism, collective practices, media experimentations, and the impact of personal computers and the Internet on visual culture. His latest publications include the book Art vs. TV: A Brief History of Contemporary Artists’ Responses to Television (Bloomsbury Academic, 2022); the edited monographs GMM – Giovanotti Mondani Meccanici: Computer Comics 1984–1987 (NERO, 2021), and Ran Slavin: Shapeshiter (MoussShapeshifterg, 2022); and monographic essays on Public Movement (PAJ, 2018), Lizzie Fitch and Ryan Trecartin (Fondazione Prada, 2019), USCO (Visual Culture Studies, 2020), Studio Alchimia (Palinsesti, 2021), and Susan Kare (Imago, 2022). Spampinato is also the editor of special issues of the academic journals piano b (University of Bologna) and Digital Culture & Society (Transcript Verlag), both 2022, and co-editor of the anthology Pandemic Visual Regime: Visuality and Performativity in the COVID-19 Crisis(forthcoming Punctum Books, 2023).

Giulia Allegrini is a senior assistant professor at the Department of the Arts of Bologna University. Her research interests are participation and civic imagination processes, cultural participation practices and cultural innovation, the role of culture and artistic practices in the generation of social change and constitution of public spheres, the study of audiences and participatory cultures. She conducts researches also within European Projects -the most recent one “Performing gender. Dancing in Your Shoes-Creative Europe program”. For several years she has designed and facilitated action-research processes with public bodies and associations.

Luca Barra is an Associate professor at the Department of the Arts, Università di Bologna, Italy, where he teaches Television and Digital Media, Television Production Cultures, and Contemporary TV Series. He leads the MA course in Information, Cultures and Media Organization (INCOM) and the summer school Mediating Italy in Global Culture. His research centers mainly on television production and distribution cultures, the international circulation of media products, the comedy TV genres, and the evolution of the contemporary media landscape. He is the author of four monographs, on dubbing, scheduling, on-demand, and sitcoms, and co-editor of collections on TV fiction (A European Television Fiction Renaissance, Routledge, 2020, with M. Scaglioni), production studies (Backstage, Unicopli, 2016, with T. Bonini and S. Splendore) and TV humor (Taboo Comedy, Palgrave, 2016, with C. Bucaria).

Marco Cucco is an Associate Professor at the University of Bologna (Italy), where he teaches Cultures of Film Production. He received his Ph.D. in Communication Sciences at the Università della Svizzera Italiana (Switzerland), and he has been visiting scholar at several universities: City University of New York (USA), Université de Lorraine (France), University of Leeds (UK), and University of Udine (Italy). His research interests concern mainly the film industry and cultural policy. He wrote papers published in international journals like Studies in European Cinema, Film Studies, European Journal of Communication and Media, Culture & Society, and three books.

Elisa Farinacci is a research fellow at the Department of the Arts of the University of Bologna. She earned a Ph.D. with a double degree in History at the Department of History, Culture, and Civilization of the University of Bologna and in Cultural Anthropology at the Hebrew University of Jerusalem. She is currently working on the international circulation and reception of contemporary Italian audiovisual products. She also collaborates with the Research Center on Media Education, Innovation and Education Technology (CREMIT) of the Catholic University of Milan. At CREMIT, she is conducting research on the use of audiovisual products in educational environments

Sara Pesce teaches film history, literature and performance at the University of Bologna. she was a Fulbright scholar at New York University, Tisch School of the Arts, and at Columbia University, Department of English. She has researched the cultural roots of the Hollywood film industry, cultural memory and digital culture in the contemporary global context, and acting, stardom and celebrity culture. On these topics, she has written various articles published in journals and edited collections. She is co-founder of INC, the Italian Research Network on Celebrity Culture, an association of scholars who approach the topic of celebrity from an interdisciplinary point of view. 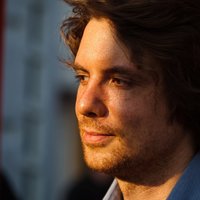 Vesa Matteo Piludu is a Postdoctoral Researcher of Indigenous Studies at the University of Helsinki. His publications concern Finno-Karelian and Ob-Ugrian bear ceremonialism; Siberian and Nepalese shamanism; the relation between Finnish epic songs and arts; the writings of Italian travelers and explorers about the Sámi (Lapland); the oral histories collected in the National Park of Repovesi (Finland); the impact of the Finnish epic poem Kalevala on Italian culture, literature, and humanistic sciences. He is the author of “The Forestland’s Guests: Mythical Landscapes, personhood, and gender in the Finno-Karelian bear ceremonialism”. He is the editor and translator of “Sulle Tracce della Renna del Cielo” (“Tracking down the Reindeer of the Sky”, Piludu ed. by 2007, Bulzoni Editore, Roma). He is the co-editor of “Kalevala: Epica, Magia, Arte e Musica / Epic, Magic, Art and Music” (Piludu & Frog eds, 2021 and 2014, VociFuoriScena, Viterbo), co-editor of “Orsi e Sciamani / Bear and Shamans” (Roselli & Piludu eds 2007, Edifir, Firenze).

Maurizio Ricciardi is an Associate professor of History of Political Thought at the University of Bologna. He has been visiting scholar at the Leibniz-Institut für Europäische Geschichte in Mainz, at the Max-Plank-Institut für europäische Rechtsgeschichte in Frankfurt am Main and Berlin. He has studied the historical link between political and sociological discourse. His research now focuses on how key concepts of modern political theory are redefined by technology within the world. His latest book is “Il potere temporaneo”. Karl Marx e la politica come critica della società (2019).

Anna Rosellini is Associate Professor at the University of Bologna, where she coordinates the master AMaC, and at the École d'Architecture de la Ville & des Territoires Paris-Est. She was a researcher at the École Polytechnique Fédérale Lausanne. She has been a Visiting Fellow at the EHESS in Paris and a Visiting Professor at the EPFL. She has participated in national and international research projects and she is the author of publications on 20th and 21st centuries architecture and art. Her research activities focus on art materials, architecture exhibitions and the relationships between habitat and sustainability, domestic space and feminisms.