The course presents an overview and some in-depth information about the emerging phenomenon of digital platforms. The process of platformization is profoundly investing global societies from a wide range of perspectives. Platforms are transforming the world of labour and economies more broadly, are disrupting consolidated institutional arrangements, are positing new challenges and threats.

This MOOC is structured in four WEEKS, in addition to a WEEK 0 course introduction. Each WEEK has modules and lessons consisting of texts, videos, quizzes.

The European Trade Union Institute is the independent research and training centre of the European Trade Union Confederation (ETUC) which itself affiliates European trade unions into a single European umbrella organisation. The ETUI places its expertise – acquired in particular in the context of its links with universities, academic and expert networks – in the service of workers’ interests at European level and of the strengthening of the social dimension of the European Union.

Fairbnb.coop is a cooperative society with the aim of creating a fairer alternative to existing home-sharing platforms.

Katuma stems from the need for consumer groups and small local producers to reinvent themselves in order to face the challenges of the future together.

Smart is a cooperative enterprise that offers concrete and original answers for your work as well as a range of shared services.

This project has received funding from the European Union’s Horizon 2020 research and innovation programme under grant agreement No 822638.
The views and opinions expressed in this MOOC are the sole responsibility of the author(s) and do not necessarily reflect the views of the European Commission/Research Executive Agency.

The course entails questions: some of them in the form of self-assessment quizzes, others, for example the quiz you will find at the end of each week, will be evaluated.

For better understanding, subtitles are available for each video and can be activated or not. If you want to revise some crucial passages you can move through the video content and click on the attached text.

To deepen the topics discussed in the MOOC, there is the Additional Material section where you will find bibliography and other helpful documents. 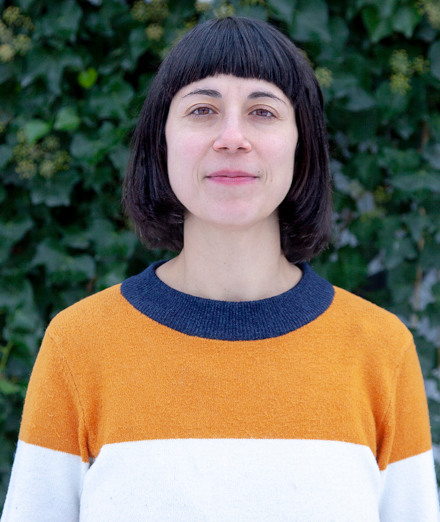 Stefania Animento is an urban sociologist and postdoctoral researcher at Humboldt University of Berlin. She received her PhD on the access to work and housing of young migrants in Berlin. Currently, she is working in the project Platform Labour in Urban Spaces (PLUS), which investigates how platforms and algorithmic management have impacted on the labour process, social protection and organization of workers in European cities. She is interested in the relationship between digitalization, social class and mobility/migration. 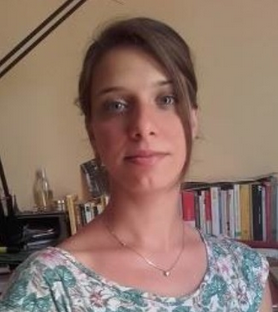 Carlotta Benvegnù is a sociologist at the Center for Sociological and Political Research in Paris - Cresppa-CSU (UMR 7217) and lecturer at the Department of Sociology of the Université d'Évry Val-d'Essonne. She is currently conducting research on Platform Work in Paris as part of the Horizon2020 project PLUS: Platform Labor in Urban Spaces. Her publications in French, English, and Italian, include journal articles and books on trade unionism, migrations, digitalization and logistics.

Filippo Bignami holds a Ph.D. in Political and Social Sciences. He is senior researcher and lecturer at the University of Applied Sciences of Southern — LUCI (Labour, Urbanscape and CItizenship) research area. He has been external scientific consultant for UN-ILO International Labour Organization, Project Visiting Professor at the Asia-Europe Institute, State University of Malaya, Kuala Lumpur, Malaysia. His main scientific interest and expertise is in citizenship social and political theories, including applied studies on citizenship policies, education, urban transformation and mega-events. He coordinated many European and International research projects in this field. 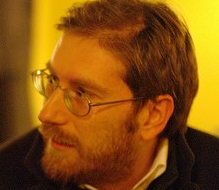 Federico Chicchi (Associate Professor) teaches “Labour policies” and “Globalization and Capitalism” at University of Bologna. He teaches “Transformation of social bonds” at the Institute of Psychoanalysis Applied Research - IRPA (in the sites of Milan and Ancona). He conducts research on the transformation of work, of enterprise and of subjectivity in capitalism, and in particular, with respect to its transformations in cognitive and post-wage sense. The same themes are explored and investigated through national and international research collaborations. His most recent publications include “The Society of Performance (2017)” and “Karl Marx. Subjectivity as praxis (2019)”, in collaboration with Anna Simone. 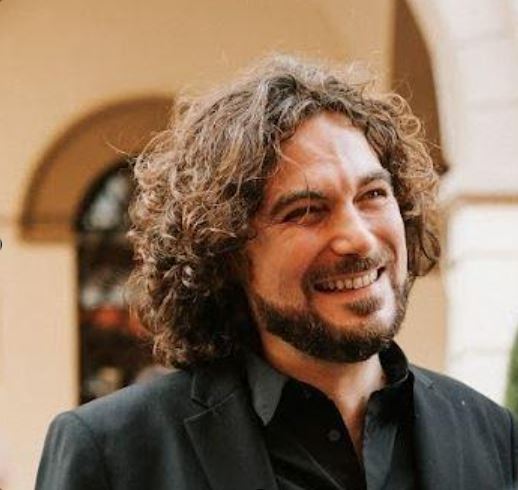 Niccolò Cuppini is lecturer and researcher at the University of Applied Sciences and Arts of Southern Switzerland (SUPSI). He adopts a trans-disciplinary approach in urban studies. Moreover, he researches on logistics and social movements, sociology of labour and platform economy. Niccolò is involved in many international research projects in Europe, Africa, Latin America and the United States. He is part of the research group Into the Black Box and he is editor of the Journal Scienza & Politica. 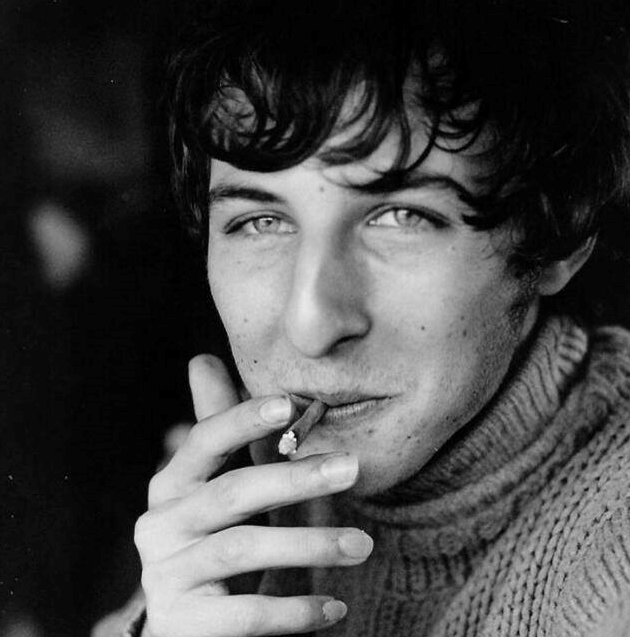 Filippo moved 5 years ago to Bologna from Lecce after the high school. He studies at the Fine Arts Academy and works as food delivery rider since more than 2 years. 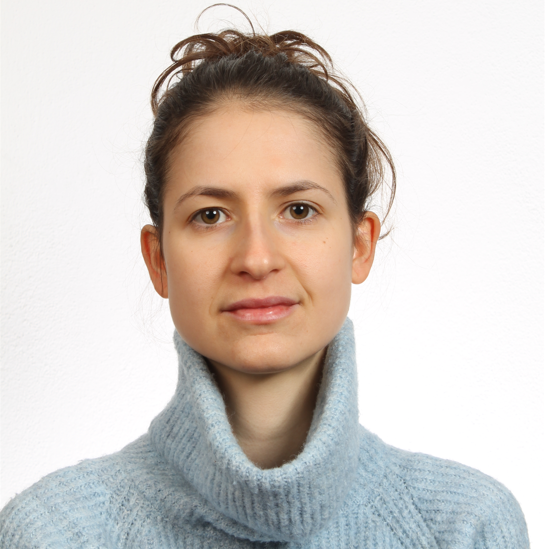 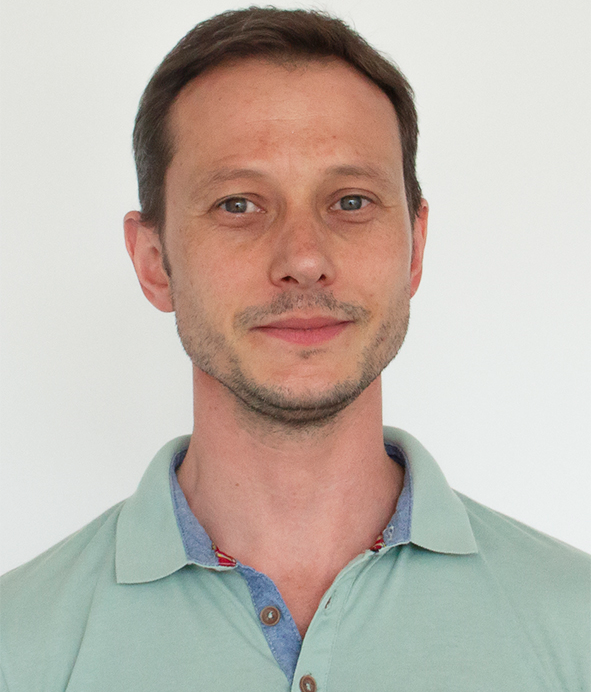 Maël Dif-Pradalier is a sociologist and full professor at the University of Applied Sciences of Western Switzerland (HES-SO). His publications and research work covers various themes (digitalisation, professional integration, vocational training and learning, social and activation policies, work and employment) and analyse together the transformations of the worlds of work on the one hand and social protection and social policies on the other. 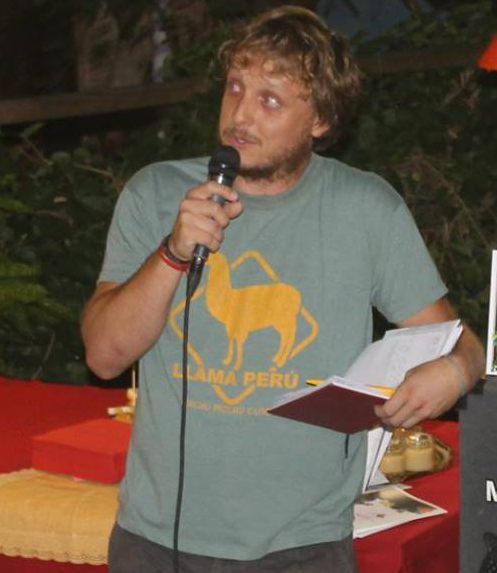 Mattia Frapporti is Post-Doc Fellow in “Platform Economy and the new frontiers of urban logistics: genealogies and critics” at University of Bologna within the Horizon2020 PLUS project (Platform Labour in Urban Spaces). His focuses are on the process of European Integration, the politics of infrastructures, critical logistics and the logistics genealogies. It is part of a research group on logistics called Into the Black Box and on the journal Zapruder. 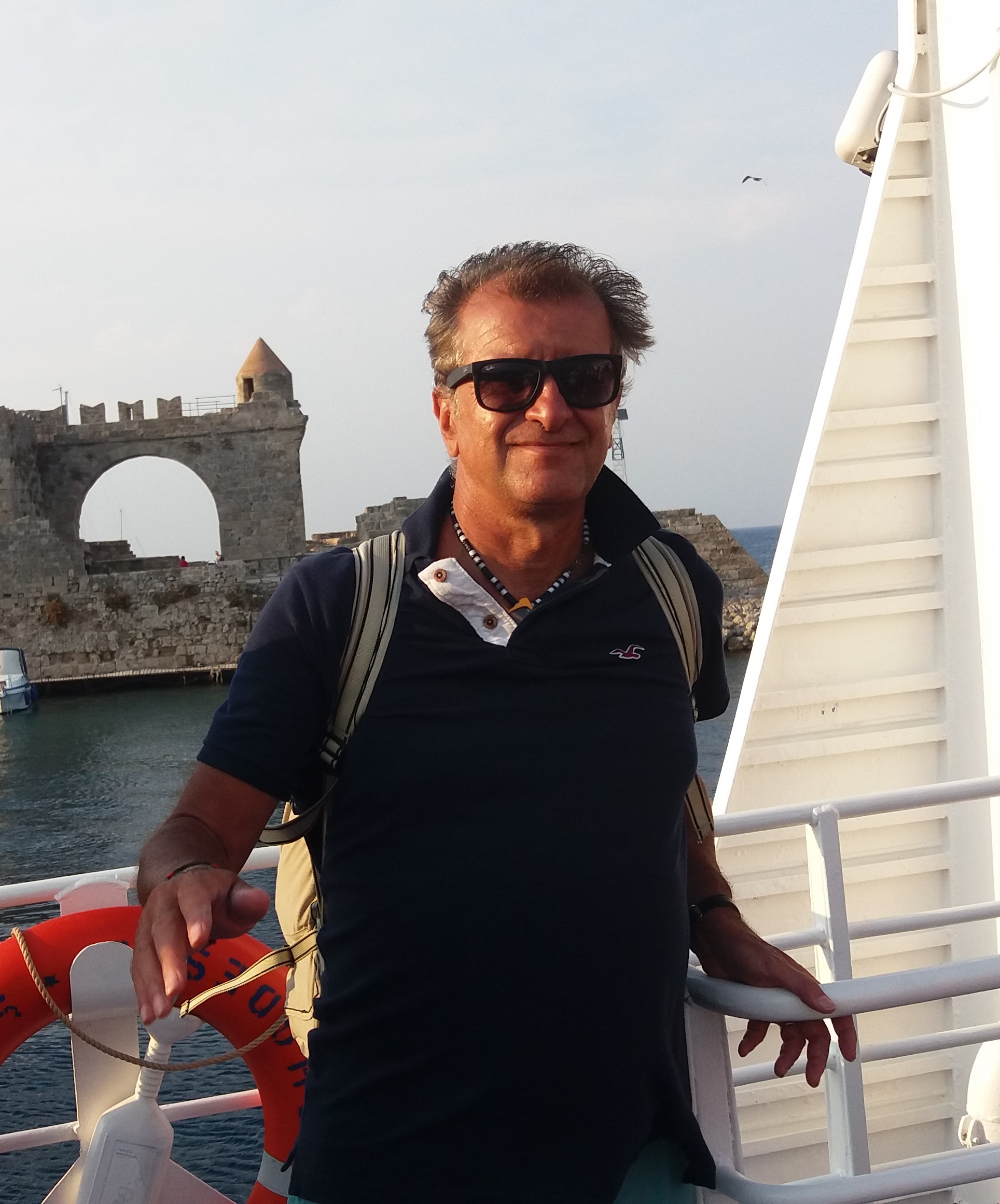 Andrea Fumagalli teaches economics at University of Pavia and at Free University of Bolzano. His research activity deals with the new form of capitalistic valorization, precarity of labour and basic income hypothesis. His last book in English is:"Cognitive Capitalism, Welfare and Labour: The Commonfare Hypothesis", Routledge, London, 2019 (with A. Giuliani, S. Lucarelli, C. Vercellone). 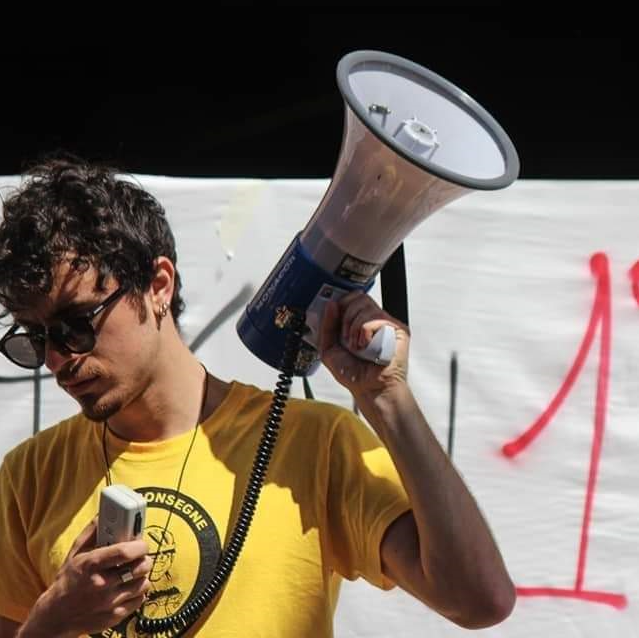 Mancuso worked for several multinationals such as Deliveroo, Uber Eats and Just Eat; he started being a food delivery rider during his studies at the University of Bologna. Member of Riders Union Bologna since January 2018, he is also a founding member of the national network RiderXiDiritti. He took part to the mobilizations and to the definitions of network’ claims, participating at several institutional meetings at national and European level. 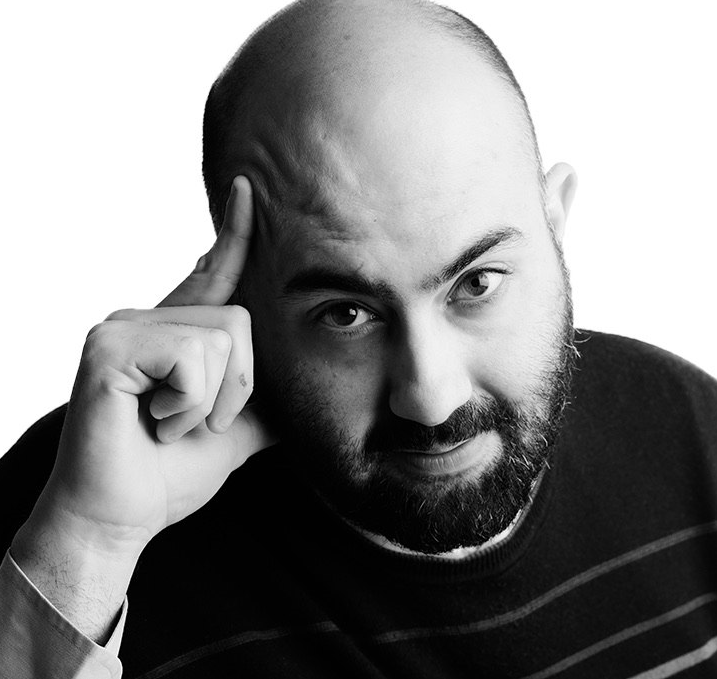 Marco Marrone holds a PhD in Sociology and Social Research from the University of Bologna. His research interest concerns informal labor, neoliberalism, the impact of technological development on labour process and the forms of unionism developed by precarious workers. His latest work regards the rise of platform capitalism and its consequences for labor and unions. Among his most recent publications: (2021) Rights Against the Macihines! Il lavoro digitale e le lotte dei rider, Mimesis, Milano-Udine; (2020) "Where platforms meet infrastructures: digital platforms, urban resistance and the ambivalence of the city in the Italian case of Bologna". Work Organisation, Labour and Globalisation, 14(1), pp. 119-135. with Peterlongo, G. 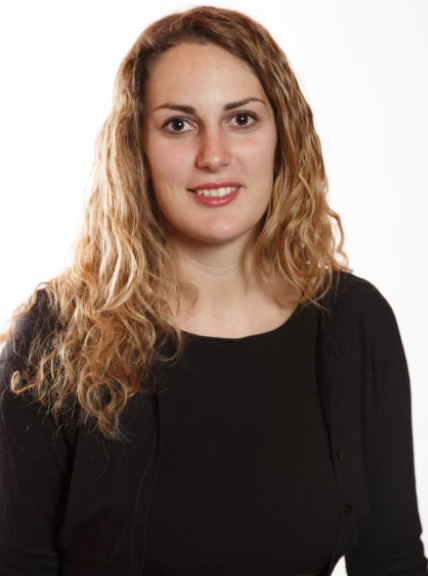 Monica Mendini, Ph.D., is Lecturer-researcher in Marketing at the University of Applied Sciences and Arts of Southern Switzerland, SUPSI. Her research focuses mainly on consumer behaviour, with particular reference to consumer-brand relationships, cause-marketing, design thinking, XR technologies, food consumption and consumer well-being. Her work has been published in the Journal of Business Research, Journal of Consumer Behaviour, Qualitative Market Research and Marketing Education Review. 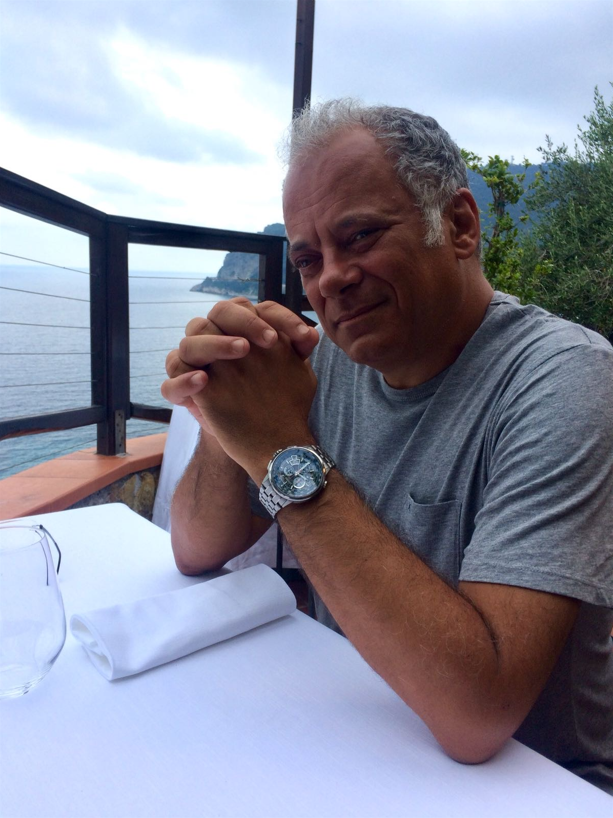 Sandro Mezzadra is Professor of Political theory at the University of Bologna (Department of Arts) and is adjunct research fellow at the Institute for Culture and Society of Western Sydney University. Among his books: In the Marxian Workshops. Producing Subjects, London, Rowman and Littlefield, 2018 and – with Brett Neilson – The Politics of Operations. Excavating Contemporary Capitalism (Duke University Press, 2019). He has worked on several European and international research projects. He is currently coordinating the Horizon 2020 project PLUS (“Platforms, Labor, Urban Spaces”). 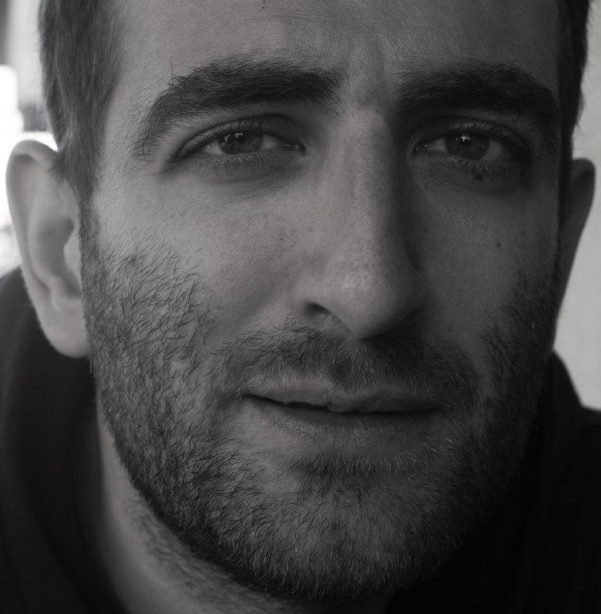 Maurilio Pirone is Post-Doc Fellow in "Labour discipline and new processes of organizing in the platform economy" within the Horizon2020 PLUS project (Platform Labour in Urban Spaces) at the University of Bologna. He participates in the Into the Black Box collective and is member of the editorial board of Work Organisation, Labour and Globalisation Journal. His research interests include platform capitalism, new forms of unionism, the impact of digital technologies on the discipline and organization of labour, logistics, social movements.